Grandpa In My Pocket

taken by helicopter drone at the time of filming our Channel4 programme ‘Homes By The Sea’.

I’ll be honest with you, I have a bit of an obsession with windmills. I think it started as a kid after watching Mr Majeika, a wizard who lived in a windmill. As part of my quest to stay in unusual places, I contacted Cley Windmill in Norfolk and they kindly let me be their guest for two nights. Their windmill dates from the early 18th century and as you will find out (if you go to their toilet) there have been many interesting people who have previously owned this building.Now, I thought I’d never been to Norfolk but in fact I have with work but visiting prisons doesn’t really count. The journey there from London was easy by car, taking approximately three and a half hours and watching the countryside roll by was just what I needed after a busy Christmas working.  The windmill is in a good location to explore what Norfolk has to offer, I spent the day in Holt and Blakeney but just walking around Cley-next-the-Sea taking in the fresh sea air was peaceful.

Instead of me writing about my stay I have decided to create my first video. Apologies, I’m no expert at videoing (it was created using my iPhone 6) or editing for that matter but I hope you like it.  Any tips are welcome!

What the video doesn’t tell you is that the staff at the windmill were so lovely, very professional but yet very welcoming. What I particularly loved about this place was that I got to speak to two couples who have returned to Cley Windmill the same week for the last 10 and 11 years, they must be doing something right!
Breakfast was delicious and if you wished to sample the local fish, this could be ordered the day before as it is collected from the local smoke house.

I also enjoyed a dinner by candlelight.  I was able to sit in their inviting lounge area, with a roaring open fire, complimentary Bailey’s was on offer before dinner was served. I’d read some negative reviews of the food before eating there but my experience was fantastic. The beef and creme brûlée were wonderful and they created a special starter for me being a fussy eater and not liking cheese, the wine was very reasonably priced too.It may be cliche to say but this was a truly special place to stay and has to be up there as the quirkiest place I’ve ever stayed. Should you wish to stay at Cley Windmill take a look at their website here.

Would you like to sleep in a windmill?  What has been the most unusual place you have ever stayed? I’d love to hear from you

Films in which Cley Windmill appears:

We were thrilled to be asked to provide the main location for the fourth series ‘Grandpa in my pocket’ – the very popular childrens’ programme starring James Bolam. It was filmed in and around Cley Windmill and appears most days on the CBeebies TV channel at 5.20pm.

The windmill was ’rebuilt’ in a studio in Wales, and most of the action takes place in the kitchen, bedrooms, balcony and gardens of the windmill (Mill on the Marsh) which, for the series, has been relocated to Sunnysands (Southwold in Suffolk). I took my son Jono down to the studios for their final days shooting, and we were treated royally by Mellie Buse and her team. As a keepsake, we have been given the original boat ‘Queenie’ which now resides in the playground of a school in Harpenden and is much enjoyed by the school children.

With John Gregson and Muriel Pavlow directed by John Eldridge 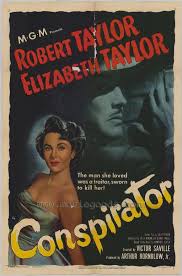 “ A big ‘Thank You’ to you and your staff for the welcome you gave us for our stay …also for the generosity you showed for our Golden Wedding Celebrations. The night in the windmill, the wonderful food and the lovely… ”
Read more…

Looking for something to help with the January blues? 🥶 We've got a little post-Christmas present that might help.… https://t.co/oG2WxSAbhN  — CleyMillNorfolk